The provisional list of participants is known. Drivers from 17 different countries are coming to Beekbergen for the international pairs and four-in-hands competition.

A strong field of 32 four-in-hand drivers will compete. For them Beekbergen is an important indicator in the preparation for the world championships that will be held in Italy in September. The winner of the previous edition of CAI Beekbergen, the Frenchman Benjamin Aillaud is also present. The eight Dutch four-in-hand drivers compete for the National championship, with Koos de Ronde defending his title.

Furthermore, 4 participants will drive in the VIP class and 5 Para Equestrian drivers will be present. They compete with a single horse and just like the four-in-hands, for the Dutch championship in their category. 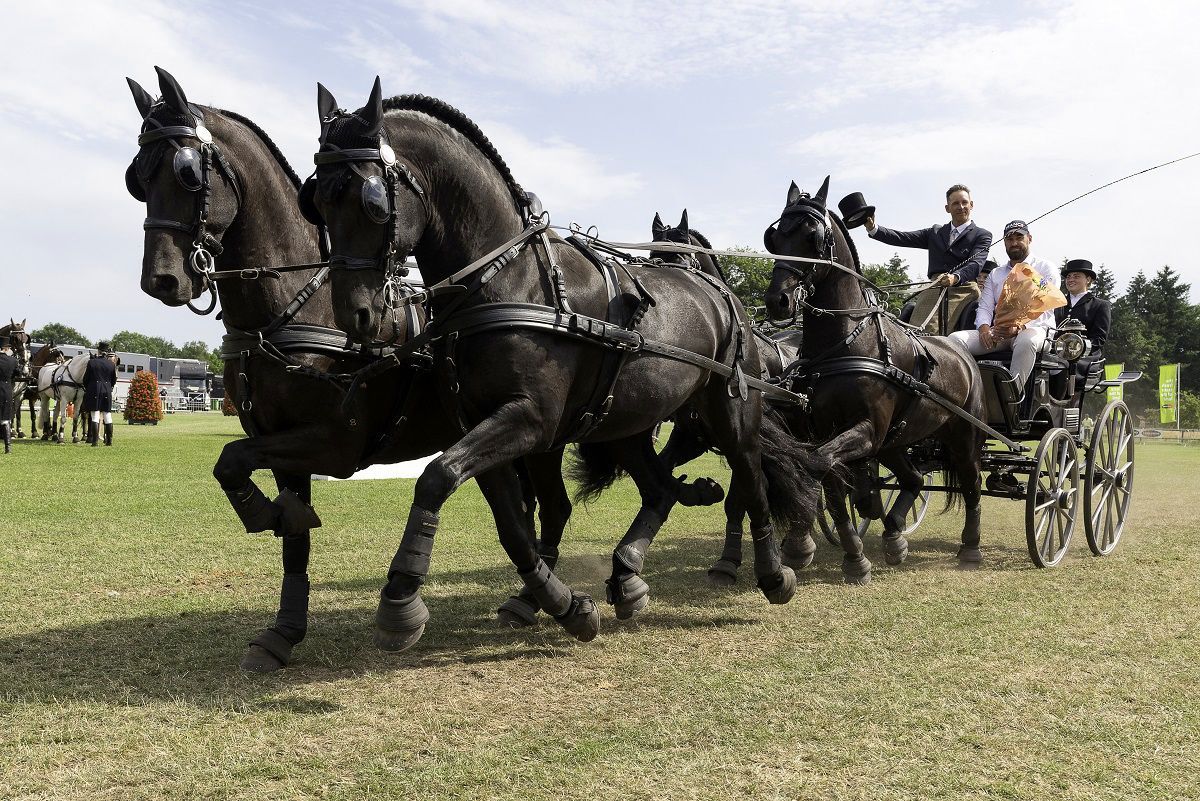